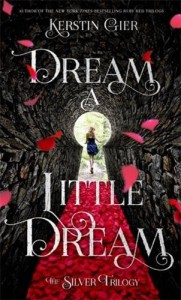 Spoilers are under spoiler tags.

I enjoyed this story, but it wasn't exactly what I had expected from the blurb.

There are many things I really appreciated in this story.  Liv, who is 15, has a close and loving relationship with her younger sister.  They are truly friends.  Near the beginning her mother decides to move them all in with her (the mother's) boyfriend.  This causes some understandable displeasure from some of the kids of both, but it was done in a realistic fashion, not overly dramatic.  And the mother's boyfriend actually is a pretty nice man.  I found these family dynamics refreshing.  Certainly not perfection, and Liv's mother isn't going to win any Mother of The Year awards, but not the tired mean old "step" issues either.

Liv's new sort-of-step-sister is one of those who manipulates against her while pretending to be caring and "nice".  So, she made me want to hurl.  For example she decides who to invite to Liv's birthday party, but without consulting Liv, and so she invites people Liv doesn't really like.  If it were me I would have called her out on her selfishness and presumptuousness, and made it clear I knew she hadn't done it out of any interest for what I wanted.  But Liv is nicer than me.  She's not completely pleased, but also wisely chooses her battles and doesn't make a huge deal out of it.

But, what is it about?

Liv finds herself having very interesting and lucid dreams, populated with some boys in her school (No, not that kind, get your head out of the gutter!).  Later it seems these boys know what she said in those dreams - humm, that is really odd.

It takes quite a while for Liv, and us, to find out about what is up with these dreams, and just what these guys are up to, but I didn't find the story draggy or boring.  I was interested.

I did wish for more "action" than was here really, and much more about the cool dreams.  When Liv dreams her dreams contain a door.  When she walks through the door she's in a hallway of many, many doors.  All different. Most she cannot enter.  But one she can.

There is also a bit of a romance going on here, but it progresses slowly and is sweet and seems pretty organic and real.

Liv doesn't ask all the questions I would have about what is going on, or get all the answers I would have required before agreeing to get involved.  But she does question.  I'm just older and more skeptical/suspicious than a 15 year old Liv.  And I made allowances for that as I read.

There is a resolution, but also at the end a scene showing how the story has a way to continue (this is the first in what is to be a trilogy).

Overall I enjoyed it, although I would have liked to have more fantasy and more about the dream world.  I'm a fantasy reader, and prefer that to realistic real world stuff, so the more time spent in the dreams and the less in the "real world" the better for me.  Just so you know my "bias".  I did find the "real world" part of the story for the most part fit the story and was necessary to the plot.  And I do plan to read the next book when it comes out.

For those of you who appreciate warnings about pets dying:

Prior to the events in the book one of the side character's dog dies.  This character tells the MC about it in detail, and the MC is shown it dying in a dream.  It's sad, died from internal bleeding, shown twitching in agony, etc. We're told the reason for the dog dying, but it later turns out later something different happened.  If you want to know that and don't mind major spoilers check under the next Spoiler.

At the time the MC is hearing about what happened to the dog she is told it died because this minor character broke her end of the pact with a demon, and her dog was the "forfeit".  The thing she'd set as forfeit if she didn't follow through.

We find out later she actually poisoned her own dog with rat poison. And we're told it suffered.  As well as previously being told and shown it suffered and wasn't quick.

I'll note that I am really sensitive about this stuff and although it made me sad it's not the kind of thing that would put me off reading this book, although I would have liked to have known about what's under the first spoiler tag so I'd be forewarned.

If you're at all thinking you might read this book I'd advise not to read what's under the second spoiler tag. It's not really enough to make the trade off for the spoiling worth it IMO.  If you can tolerate what's under the first spoiler, even if just by knowing it's there so you can skim that part (like I sometimes do), what is under the second probably shouldn't change that for you.