Action, Suspense, Characters to Root For 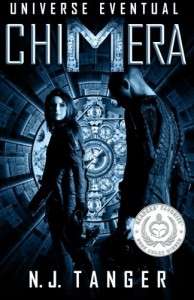 The colony of Stephen’s Point is in serious trouble. Established over 200 years before, the last exchange ship brought necessary supplies over 15 years ago and without those supplies the colony cannot survive.

If they’re to have any chance they have to restore the ship that brought their ancestors to this moon and prepare a crew for a return voyage to Earth.

"The Mandate called for the full restoration to be completed in less than a year.  It also had initiated the Selection: the grueling process to find the old ship a crew able to make the long journey back to Earth."

“Sweat streamed down Theo’s forehead, over his cheeks, and into his open mouth. He sprinted up Old Stephen’s Way, a derelict back alley.  Above him, ancient telecom cables crisscrossed, sagging low.  His leg muscles burned, but it didn’t matter.  He had to get away, outside the Swallows, to the safety of the foothills at the base of the Great Northern.”

The story starts off at a heart pounding run, immediately catching my attention and drawing me in.  There’s enough action and suspense to keep turning the pages, but it is also very immersive with characters that are likeable, relatable and who I wanted to cheer on.  Even the main antagonist develops depth and complexity as the story goes along.  I could feel I was right there, lost in the story.

The story alternates between Selena and Theo, and even occasionally from the Chimera itself, the ship that has some form of Artificial Intelligence.  Selena and Theo’s stories are related, but don’t converge until about 80% in.  I found both of them equally interesting and compelling, so that I never felt bored with one when the POV switched, as happens with some books.

Selena may be young, but she’s no lightweight.  A crack pilot, she’s grown up around a rough area and she’s got no trouble standing up for herself.   She cares deeply about her father, and although flawed he cares about her.

"If you so much as look at me funny, I'll snip your nutsack."

'Selena gave Carson a savage look and used her index and middle fingers to simulate scissors. "Snip, snip," she said.'

Theo is smart, and has a depth to him may come as a surprise even to himself.  When he illegally adds his name to the list of potential crew candidates he’s not sure why, not sure he actually wants to be a part of the crew.

"Theo could deal with the hunger, but watching Liddy, his little sister, starve-that was what started him hacking."

The main antagonist is wonderfully creepy, mysterious at first we come to learn more about him, and find that even though he’s not a nice person, and clearly operating by his own agenda, he’s not purely evil.

There are several secondary characters that are so well drawn in this story that we see those who seem bad, or cruel are simply human, functioning under a dire situation doing what they feel is best to help the colony.  And in some cases also under other realistic motivations like selfish political gain.

In summary, I found this story to be well-paced, balancing drawing the reader in and onward with enough description and depth of place and character to have that immersive quality a good story should have.

For those of you, like me, who have low tolerance for teen angst, there’s no love triangle here, and what romance there is is slight and never overtakes the main plot.

I received a free copy of this book via Netgalley in exchange for an honest review.  After finishing this book I immediately purchased book two so I could continue reading this story.