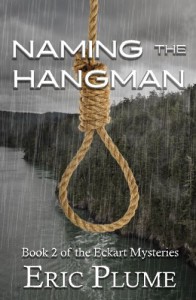 I enjoyed this one even more than the first, Margin Play.  Probably in part because the case here involves a murder.

I really love spending time with Amber.  She's so realistic.  And there's a vicarious satisfaction when she really, really wants to kick someone's ass who really has it coming.  But she's smart enough to restrain herself too, well, the times that is the smart thing.  I also really enjoy the sarcastic humor among the characters, and how each of the supporting cast feel like individuals with their own personalities.  I laughed out loud in several places.  I also may have cheered a couple times.

Amber's friend Mattie is hilarious, and I enjoyed their interaction.  Both are smart, tough, take-no-shit women with hearts in the right places.

In this story Amber catches a case which involves the death of a woman the local police rule a suicide surprisingly quickly and with only a very cursory investigation.  Soon Amber finds evidence the death was indeed a murder, evidence the police should have caught if they'd bothered to give the body an adequate examination before closing the case.

Why would someone want this woman dead, and then stage the death to look like a suicide?  Are the local police lazy and inept, it is a small town after all, or is there something more sinister going on there?

Amber pokes around, and unsurprisingly someone who doesn't want the truth uncovered doesn't appreciate it.  And soon there's action and danger in the mix.

This is another book I really didn't want to put down once I started.  It draws you in, and moves at a steady pace, but not so fast that you don't get a good feel for the characters.

This is a murder mystery, and the details of the murder are sad and unpleasant.  Although we're not shown the murder as it occurs, we do learn about the harm done to this poor woman in the aftermath, and it's not pretty.  But it's handled with respect, and isn't anything out of the ordinary for this genre.

And there's just enough humor and likable characters mixed in with the dark crime and heart-pounding danger to give the reader some comic relief here and there.

Disclosure: The author is one of my GoodReads Friends.  I bought this book with my own money and of my own free will.  And as soon as he gets around to writing #3 I'll buy that one too.